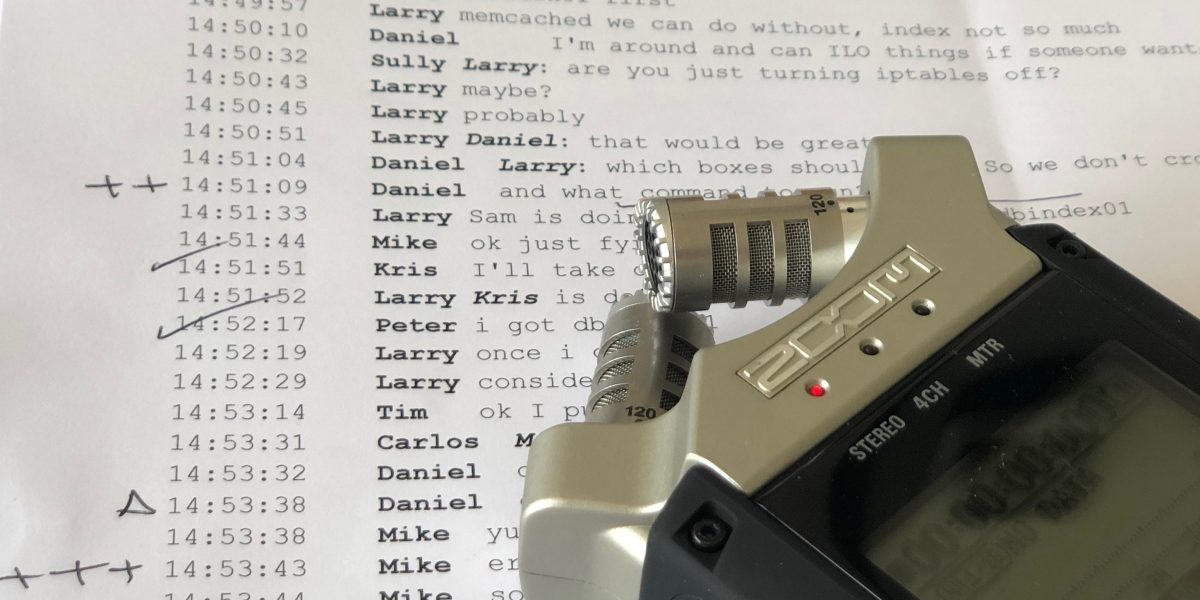 The Requirements For Aftermath Projects

Given that this is the holiday season in the US and both “Black Friday” and “Cyber Monday” are coming up, we thought we’d give some more detail on what doing an Aftermath project entails.

We sincerely hope not to hear from you!

What is an Aftermath project?

An “Aftermath” project is an immediate investigation and analysis of a significant incident.

An Aftermath project provides senior management with a calibrated, independent review of the incident and the response. Aftermath projects ‘work’ because ACL is neutral, independent, and highly qualified to investigate, analyze, and produce and share productive perspectives and understandings.

An Aftermath project is intense, exciting and different than other projects we tend to do more often. Major incident aftermath is difficult and even dangerous period. But, as the saying goes, “This ain’t our first rodeo!” Our goal is to help the client company understand the incident and response in productive ways.

Why would a company ask ACL to come in and do such an analysis?

In some cases, clients ask us to do an aftermath analysis because they believe stakeholders (investors, board members, etc.) are skeptical that they’d be able to do a deep and productive analysis themselves. On one occasion, we heard the client was told rather bluntly (paraphrasing) “Why should we trust you to do the follow-up investigation when you were the ones who created the incident in the first place?” The client mentioned that the fact that we are an external (neutral, independent) group was just as important as the quality of the analysis.

What is the product of the analysis?

How long does it take?

Where does it happen?

What is the startup process? How do we get going?

What sort of event is suitable for an Aftermath project?

What are the obstacles?

If we can’t begin the analysis within days of the event, we’re not likely to be able to do the project. Why? Most importantly, the later we show up, the more the memories of individual perspectives will have coalesced into a single “party line” story. If we begin our analysis and everyone we speak with gives us (roughly) the same story, it’s a signal that we’re too late to obtain authentic recall.

People talk to each other, especially right after significant events. This immediate sense-making takes place among those responding to the event. As time passes, the impact of the event and its consequences become clearer. Agendas and cross-currents begin to modify the story of the incident. Blame attaches to some people, groups, or parts of the org. Counterfactuals (“If only X had not been broken this would never have happened”) begin to dominate the interpretation of the event. Different perspectives harden into fixed accounts — often incomplete or even incorrect but nonetheless satisfying — that vie for attention. Peripheral issues begin to join as stakeholders recognize the potential of the incident as a motive force.

In parallel, work continues to “clean up” the aftermath. Customers or partners are contacted. Contractual obligations and their consequences are evaluated and plans generated to deal with them. Over time, stories about the origins of the incident are simplified and become narrow as the organization struggles to free itself of the fear, shame, and anxiety that the event produced.

PrevMarkers of Progress in Incident Analysis
“Tricks of the Trade” on ‘how?’ versus ‘why?’Next